The lino_book.projects.events project and the lino_xl.lib.events plugin were written for a website site that no longer exists, but the project remains interesting because it has an example of a table view with dynamic columns.

This project does not use lino.modlib.users because the content was being maintained by updating the source code of its demo fixture (file vor.py)

Originally this project didn't even have a web front end. It just created a set of Sphinx source files, which were then built into a static web site. See 2014-02-03.

Meanwhile this approach is no longer used because Lino has evolved since then. You just invoke runserver in the project directory as with any Lino demo site. The website is "automatically" read-only because AnonymousUser has no permission to edit anything. 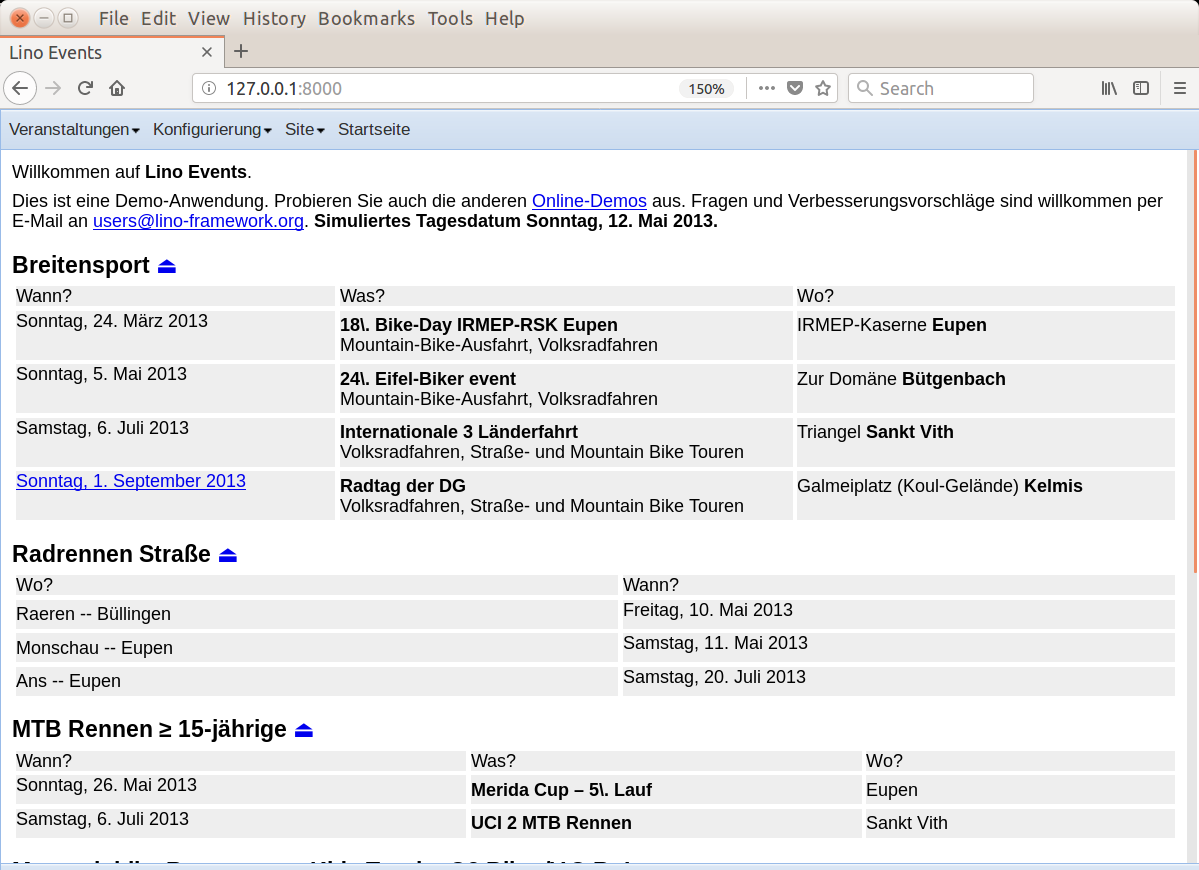 This is a tested document. The following instructions are used for initialization:

We might also test the complete content, but currently we skip this test as it is much work to maintain.